“Carter took on the task of taking two existing product websites and one marketing site and combining them all into a simple, responsive portal. Not only did they deliver on time and on budget, but we’ve seen sales increase directly as a result of the update.”

Its client base includes some of the leading studios in the world, and Cospective’s products are used alongside other cutting-edge technology. By allowing different teams to view a video at exactly the same time, frame by frame, and to share annotations and on the fly adjustments to content, both Frankie and CineSync alleviate the need for costly travel or insecure file transfers.

Cospective caters to a highly creative and visually led audience who operate on a world class level at some of the world’s biggest film studios. Their site had to quickly and easily showcase their products in a way that was best understood without lengthy text explanations of how they work.

Cospective’s site needed to show off both the ease of the software’s interface and the results of its use. The new design allowed for the use of imagery of varying sizes from full width to smaller animated elements to help hero both cineSync and Frankie's unique features.

Created a clean, modular site that allowed Cospective to publish a range of content as required without breaking the responsive design. Given the product’s widespread use and Cospective’s strategy of offering trial versions, the need for strong calls to action on site and links through to login pages were considered when creating the new designs. 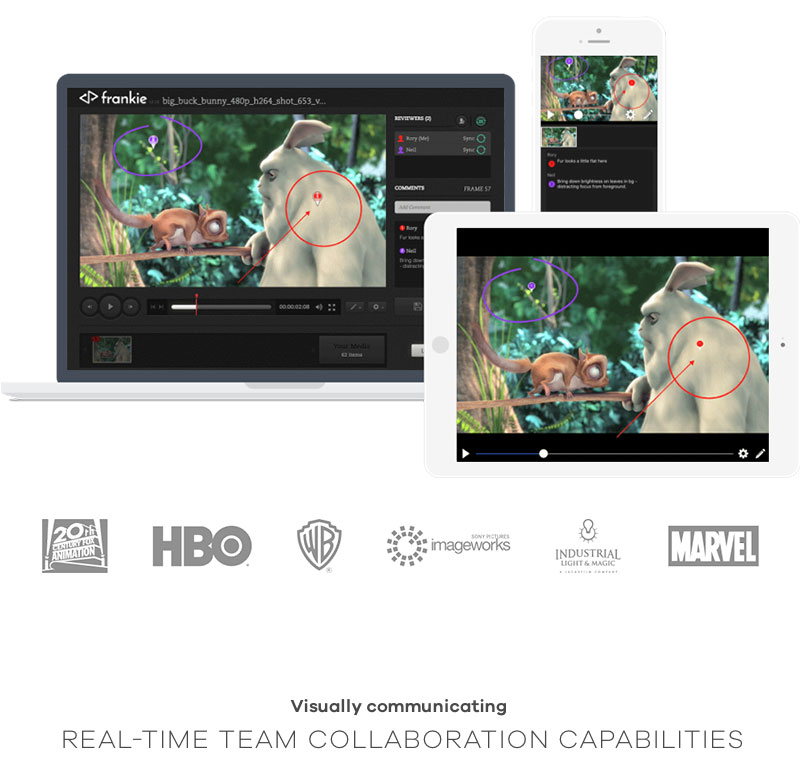 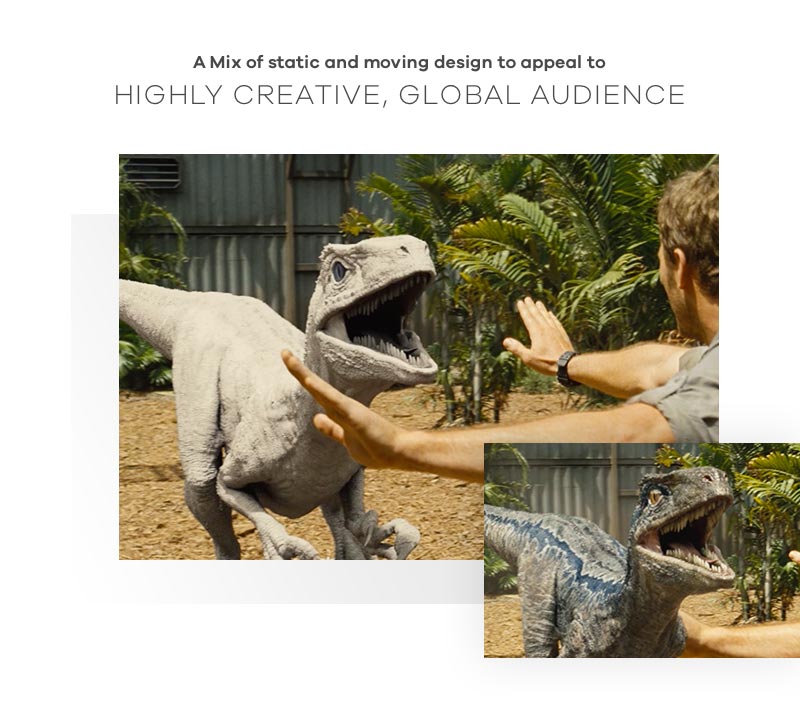 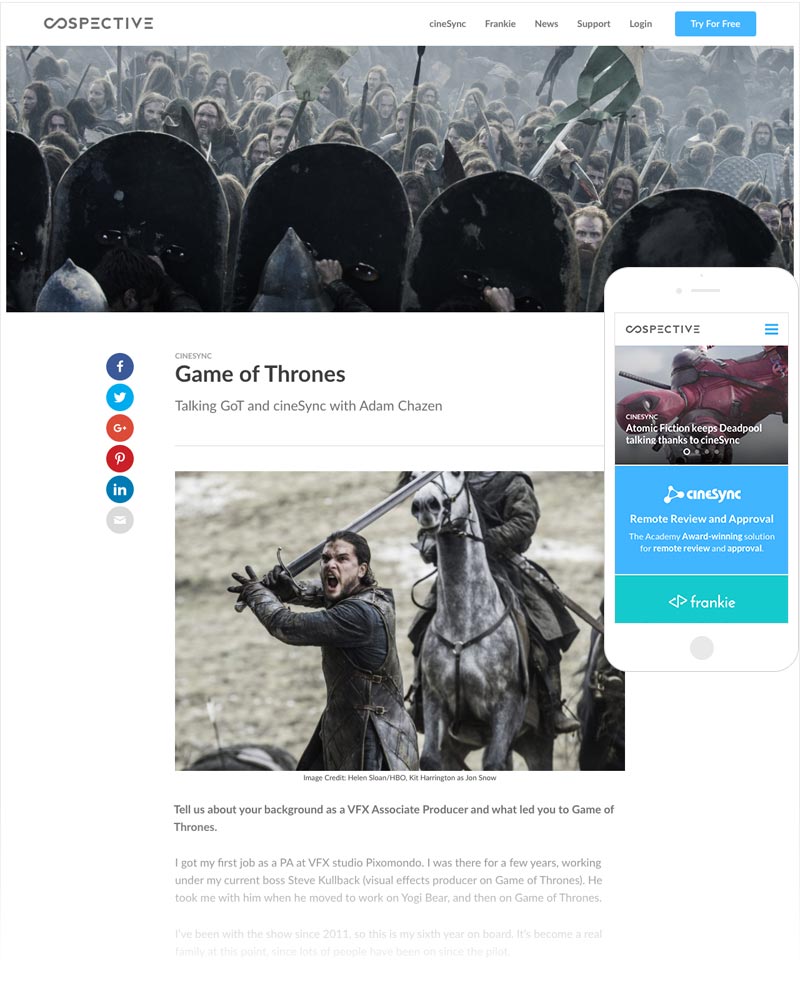 We put people ahead of everything else, meaning our solutions transform the way customers interact with businesses in a rapidly changing digital world.

As on of Australia’s largest independent experience design agency, we select the right technology to deliver the right digital outcome to surprise and delight the people using them. This enables our partners to exceed their customers’ needs and grow their connection with them.

We have achieved sustained success in a world where technology, expectations and customer behaviour is constantly evolving. Our solutions constantly adapt to meet new trends and ensure our products remain vital.

We have won numerous accolades and awards on behalf of our clients since 2005 as acknowledgement of the consistent results we deliver.

Our fine folk sit at recycled timber desks, type on keyboards powered by rechargeable batteries, walk on carpet made from recycled tyres and plastic bags. They breathe air created by an in-office garden and drink tea heated by an environmentally-friendly kettle.

Carter is full service experience design agency that knows organisations are subject to all sorts of variables. We not only experienced, but big enough to respond to changing requirements by re-deploying resources as required.

We are an inclusive agency. While all based in Australia, we speak 19 languages and are a global team hailing from countries including Japan, China, Indonesia, Thailand, Iraq, New Zealand, India, Russia, France, Germany, United Kingdom and Ireland. This expanse of experience allows for creative thinking and a true user-first approach, allowing us to solve complex problems and deliver simple real-life solutions daily.

Speaking 19 languages and hailing from 11 countries, we produce the highest possible user experience for your business and target audience. Our creative thinking and innovation enables us to solve complex problems and provide effective global digital solutions.

It all starts with a discovery session where we will chat about your vision, requirements and expectations for your digital presence.

We architect and develop, optimise the experience, test and launch. We then analyse, act on results and offer ongoing support.

Want to get started?

Have an idea, what are you waiting for?

Get started with our project planner.